Each year, the USET Foundation administers up to $25,000 to a CCI1* or CCI2* horse in the U.S. that is seen as a potential candidate to represent the U.S. Eventing team on an international level. The grant was established by Caroline Moran in memory of her dear friend, the late R. Bruce Duchossois, who was passionate about and dedicated to encouraging the development of eventing horses in the United States, and is named after the famous eventing horse Connaught, who was owned by Duchossois and ridden by Phillip Dutton. 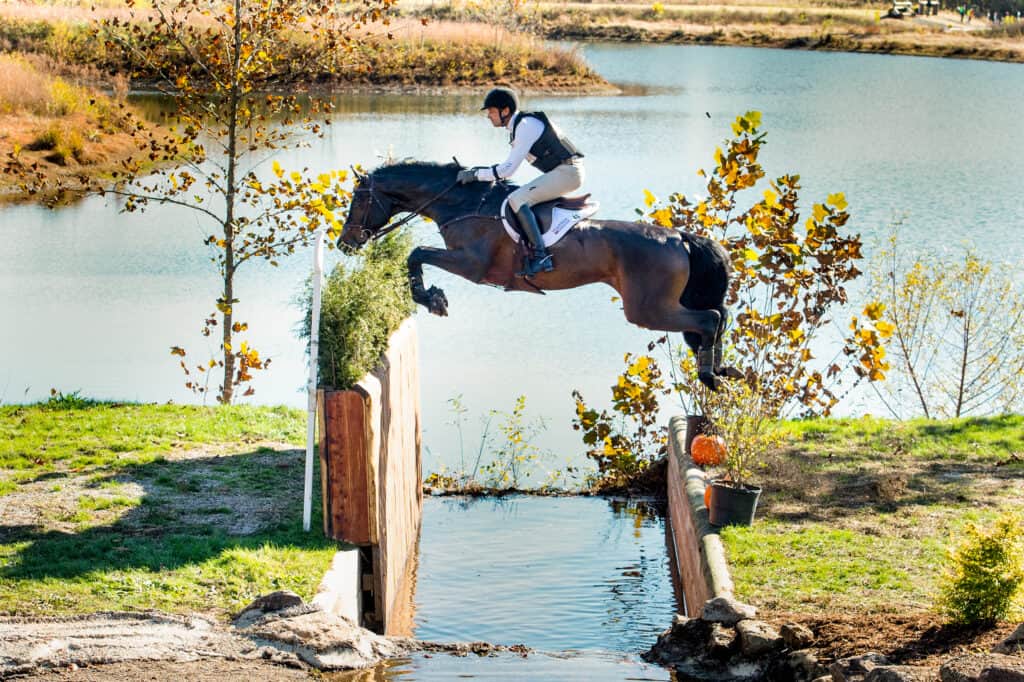 Will Coleman and Chin Tonic. Photo by Shannon Brinkman Photography

As the recipient of the Connaught Grant, Coleman, who is an athlete on US Equestrian’s Eventing High Performance 2021 Pre-Elite Training List with other top mounts, will be able to use the funds to support further competition and training with Chin Tonic with the aim of riding for the United States on the international stage.

“Obviously winning the Connaught Grant is a tremendous honor, primarily because of who it represents and the horse it represents,” said Coleman who represented the U.S. at the 2012 London Olympic Games and the 2018 World Equestrian Games in Tryon, North Carolina. “Bruce Duchossois was such a generous person and an incredibly supportive horse owner for Phillip Dutton for so many years. He was the backbone for Phillip as well as for horse shows and equestrian endeavors around the country. He supported the community in such a humble way, and I always had a tremendous amount of respect for him. I genuinely enjoyed the times I got to be around him, so I’m very honored for this horse to be recognized.

“Chin Tonic is owned by Hyperion Stud and Vicky Castegren,” continued Coleman. “Vicky has been an incredible supporter of mine for many years. Chin Tonic was a horse she bought as a two-year-old stallion. He’s an incredible athlete, and he is a testament to patience. We’ve been taking our time with him and allowing him to develop physically and mentally. I’m really pleased with the horse he’s become. There’s still another level to be attained so we still have work to do, and the Connaught Grant will be hugely helpful in that regard.”

For Coleman, grants have allowed him to gain international experience over the years, and he’s grateful for the support from Caroline Moran and the USET Foundation that is offered to up-and-coming eventing talent. “The grants are a huge benefit to horses and riders,” he explained. “If you’re lucky enough to get one, they’re a bonus and something that emboldens you to do the country and do the U.S. team proud. My team and I are all very, very appreciative of the grants.

“Caroline is already a horse owner for other riders, so for her to so generously donate funds to someone who she may not support as an owner speaks to how the country as a whole wants to see the American eventing program succeed,” stated Coleman. “Her generosity contributes to a greater sense of camaraderie and shows that we’re all on the same team. I think that speaks volumes.”

Coleman, who made history as the first American to win CCIO4*-S at CHIO Aachen in September 2021 with Off The Record, a 12-year-old Irish Sport Horse owned by the Off The Record Syndicate, has no plans to rest on his laurels with any of his horses. “I’m very humbled by the win at CHIO Aachen, and I’m anxious to keep working and keep getting better,” he shared. “I love producing horses. I’d love to get some other ones, maybe a horse like Chin Tonic, that can go back there and do as well as Off The Record.”

Thanks to the Connaught Grant, Coleman and Chin Tonic can continue their training with the goal of representing the United States in future international competitions.

Thank you for Joining!

Connect with us on...